What If Turbotax Makes a Mistake?

R&G Brenner
Apr 8, 2010 9:37:58 AM
For many people, filing taxes is a daunting task. While technology has undoubtedly made filing your taxes much easier, it does not completely erase the chances of errors. We can see this with what happened in 2010 with TurboTax. You can count on R&G Brenner to ensure accuracy.

A flaw in the most recent version of TurboTax, the nation’s most popular tax-preparation software, may have caused thousands of retired federal employees to overstate their medical deductions and unwittingly underpay the Internal Revenue Service, according to federal officials. —The New York Times

Overstating your deductions–knowingly or unknowingly–can lead to large penalties and interest since it could take years before the IRS contacts the taxpayer alerting them of an adjustment.

Officials for Intuit, the Mountain View, Calif., company that produces the program, were alerted to the problem last week, after a retired federal worker from Virginia noticed that TurboTax had automatically double-counted his medical insurance premiums as deductions.

When questioned about the problem by a reporter last week, Intuit said it had begun working with the I.R.S. to revise its computer-prompted instructions on TurboTax and prevent such errors in the future.

The program has nonetheless been troubled by occasional glitches and security breeches, notably in 2007, when so many last-minute filers overwhelmed the TurboTax servers that many returns failed to make it to the I.R.S. by the filing deadline.

Both I.R.S. and Intuit officials were scrambling to gauge the scope of the problem involving the federal retirees, but said only a limited number of returns appeared to be involved. —The New York Times

There are many risks associated with preparing ones own taxes; particularly the prospect of miscalculations due to a failure to apply updates which are released frequently throughout the tax season. This isn't the first time TurboTax has had a calculation error in its software. Most disturbing is the amount of persistence the discovering taxpayer had to exert for Intuit and the IRS to acknowledge and correct the problem:

The man who reported the problem, Charlie Freret of Chantilly, Va., stumbled across the error while using a free version of TurboTax to e-file a tax return he had already prepared on paper. Mr. Freret, who retired as a lawyer in the Department of Veterans’ Affairs in 2004, said he had hoped that e-filing would allow him to get his refund more quickly. But the tax return calculated by TurboTax promised him a refund $600 larger than he was entitled to because it automatically added his medical insurance premiums to his deductions — after the computer-generated prompt had instructed him to enter his health care expenses manually.

Mr. Freret reported the problem to Intuit officials and, when the company acknowledged the error but did not issue a broad warning about how to avoid it, decided to report it to the I.R.S. and the Treasury Department. But auditors at the Treasury Inspector General for Tax Administration were unable to duplicate the error when they tested versions of the software, so Mr. Freret contacted members of the news media, including The New York Times. —The New York Times

The IRS & Intuit contends that this calculation error is limited to a small subsection of federal employees.

J. Russell George, the Treasury’s inspector general for tax administration, said his office was planning to begin a thorough review of TurboTax and similar software, which has become far more widely used than when last audited in 2005.

“This is especially troubling given the fiscal constraints that the nation finds itself in because this problem could allow people to pay less money than they owe,” Mr. George said. “It is truly incumbent upon us to let taxpayers have confidence that the software they use to prepare their returns will be accurate.” — Forbes

How is it that the last time that the nations largest tax program was audited was 5 years ago? Bill Singer of Stark & Stark law firm was recently interviewed by Forbes and had this to say:

…what I would say is that if there’s a winner in this mess and, you know, keep in mind that I think the tax code is something like 70,000 pages at this point, I think the winner is clearly TurboTax. I don’t know whether long term that’s a wonderful development because I suspect a lot of folks are going to make mistakes in doing their own taxes. But clearly there’s a trend in everything in life today toward going online and using a computer. And I don’t think that that necessarily bodes well for H&R Block or Jackson Hewitt. So that’s another issue. — Forbes

If your tax return was calculated incorrectly, contact the company and inquire how they intend to compensate you. Most reputable companies will reimburse any potential penalties assessed due to a calculation error on their part. If you would like a free review of your self-prepared tax return (TurboTax or other brands), contact us today. R&G Brenner will ascertain if your calculations are correct and check for deductions that the software missed and you deserve. 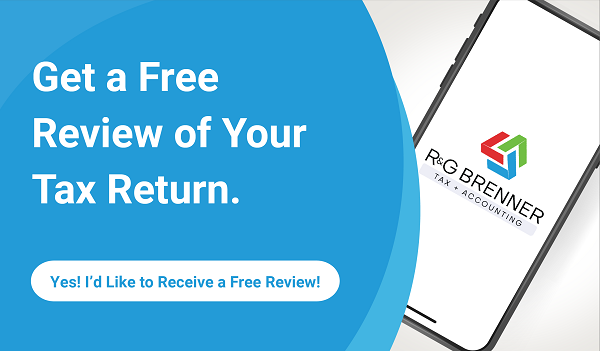 Managing Your Tax Records After You Have Filed - R&G Brenner