IRS Commissioner: Refunds Could Be Delayed Until March Or Later

IRS acting commissioner Steven T. Miller recently sent a letter to a Ranking Member of the House Committee on Ways and Means.  In it he states that the Internal Revenue Service’s computer systems are programed to account for a AMT Patch like in years past.  However, the AMT is scheduled to expire when the clock strikes midnight tonight.  Without an AMT patch, not only would thousands of middle and lower income taxpayers see steep increases in their taxes, the IRS would have to reprogram their computer systems which could take months; delaying the filing season–and thus refunds–until March or beyond! This would be especially devastating to early filers who depend on their early refunds to make ends meet.  We can only hope that any Fiscal Cliff agreement includes an AMT patch.  Fingers crossed. 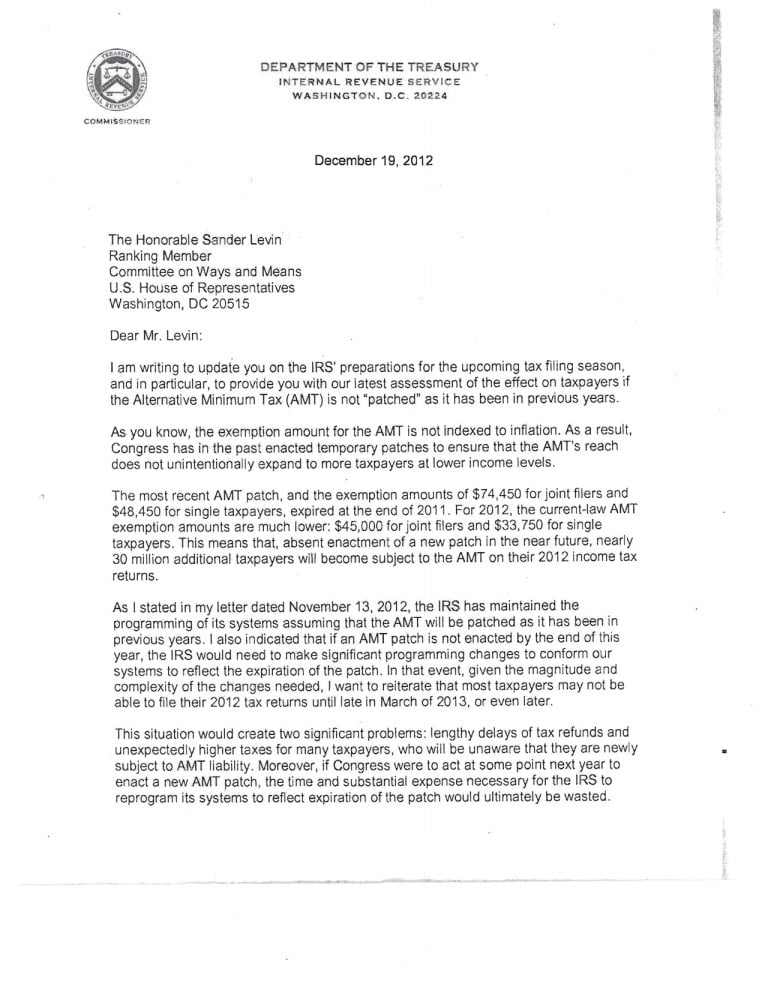 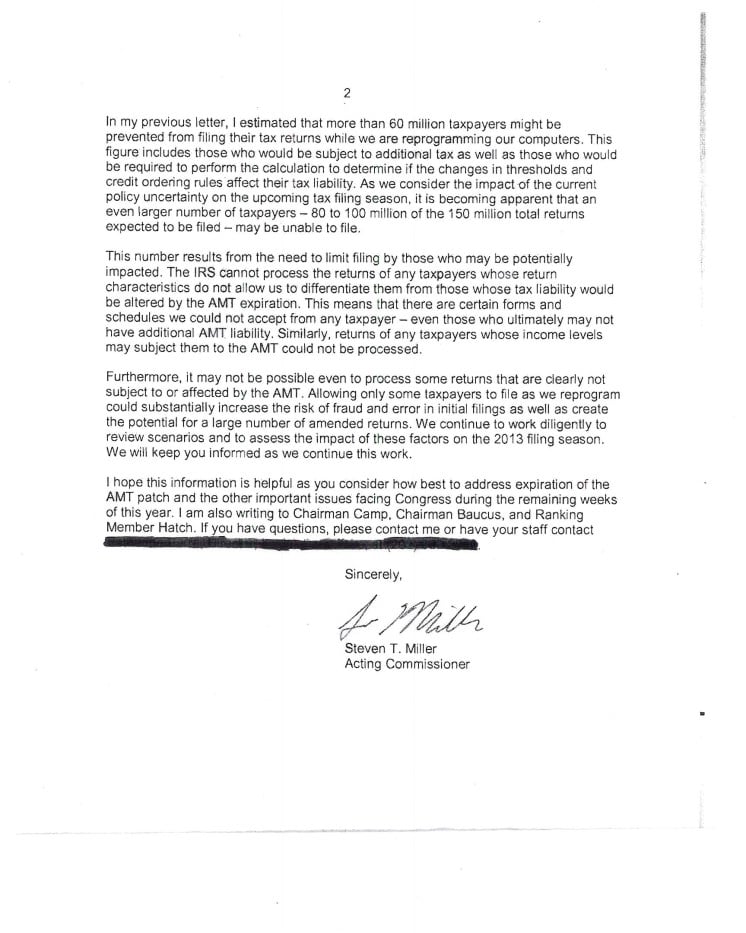